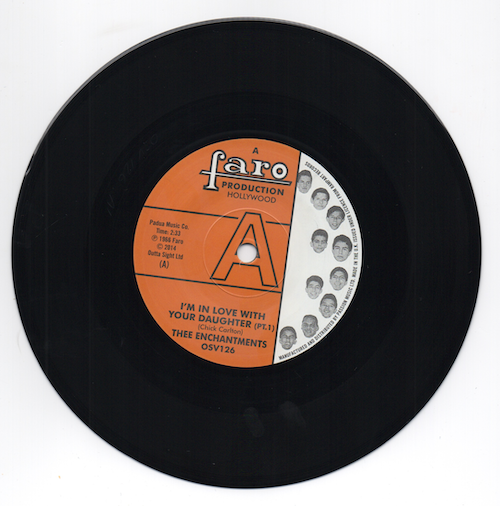 THEE ENCHANTMENTS I’m In Love With Your Daughter (Pt.1)

THE FOUR TEMPOS Come On Home

THEE ENCHANTMENTS were a Latino band from the Lincoln Heights district of East Los Angeles, Like many Chicano combos from the Barrio they were influenced by traditional Mexican music, doo-wop and rhythm & blues. The lead vocalist was Eddie Serrano who would go on to join Cannibal & The Headhunters after the group disbanded due to military service.

They left behind a legacy of just one 45 released on 31st January, 1966 on Eddie Davis’ Faro label. “I’m In Love With Your Daughter” has gone on to become a cult Northern Soul collectable commanding prices of up to £500 and is reissued here for the first time. The song was written by Chic Carlton, former member of the Atlantics.