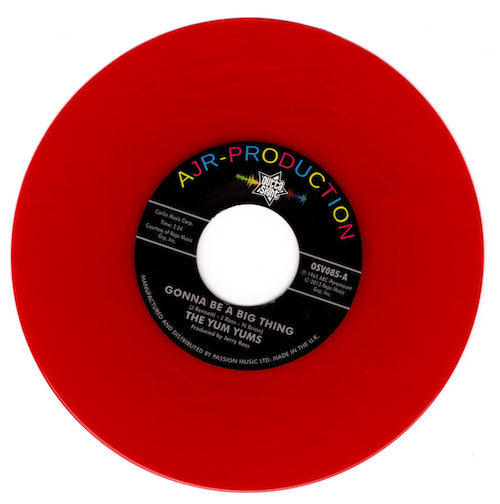 Outta Sight are celebrating 10 years, and with that anniversary celebration comes the release of their top selling Northern Soul 45s released on bright red vinyl. Limited quantity pressing of only 150 each.

The Yum Yums, named after a brand of candy similar to M&M’s, cut just one 45 for Jerry at Bell Sound studios, New York in 1965, before signing to Arctic and changing their name to Honey The Bees.