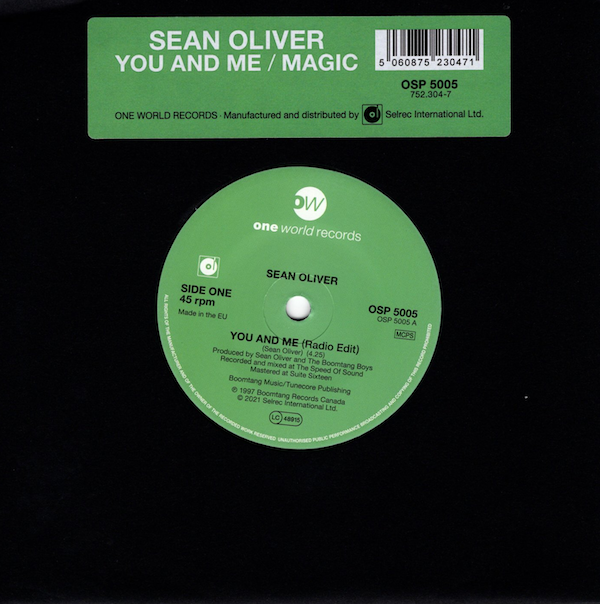 Sean Oliver – You And Me

New issue of Sean Oliver’s Club soul favourite which has been edited for this UK release on 7″ Single.

‘You And Me’ originated on Sean’s 1997 album Solitaire and was also issued on a 12″ maxi-single. The LP featured a dozen self-penned songs which Sean recorded in Canada with his co-producers the Boomtang Boys who issued the album on their own label.

‘You And Me’ was so popular that Sean had a successful UK tour in 1998.

Released 7th of May 2021 the single already has strong radio support and is expected to provide One World Records with another UK soul hit to follow the success of recent singles by Brenda Boykin and Michelle David. (Also available)