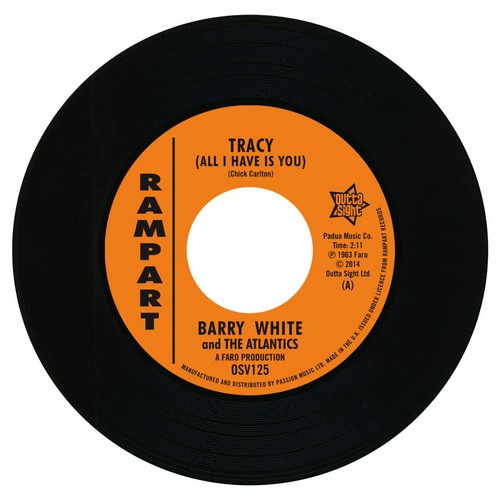 BARRY WHITE AND THE ATLANTICS Tracy (All I Have Is You)

SAMMY LEE It Hurts Me

BARRY WHITE first appeared on vinyl in 1961 on the song “Boo-Hoo-Hoo”, as part of the Atlantics, alongside Delbert Franklin, Chick Carlton and Gaynel Hodge. The record was released on Eddie Davis’ Linda Records and later covered by female vocal group The Sa-Shays. The Atlantics would go on to record “Remember The Night” / “Flame Of Love” in ’62’, with a revised line-up. In 1963 “Flame Of Love” was reissued coupled with “TRACY” credited to Barry White and The Atlantics, White’s first lead credit. When White left the group to pursue a solo career the remaining band members formed The Rivingtons.

SAMMY LEE makes two appearances on the new Outta Sight CD East L.A. Soul: Sammy Lee & The Summits “Hey Joe, Where You Gonna Go” and as a solo artist on his Northern Soul winner “It Hurts Me” featured here.