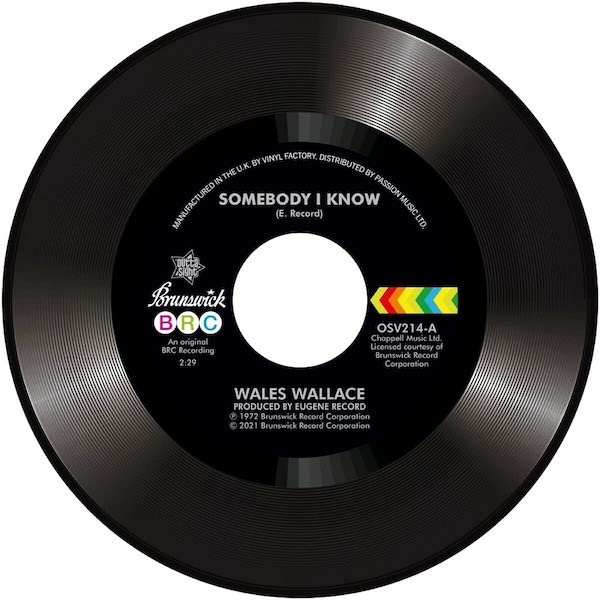 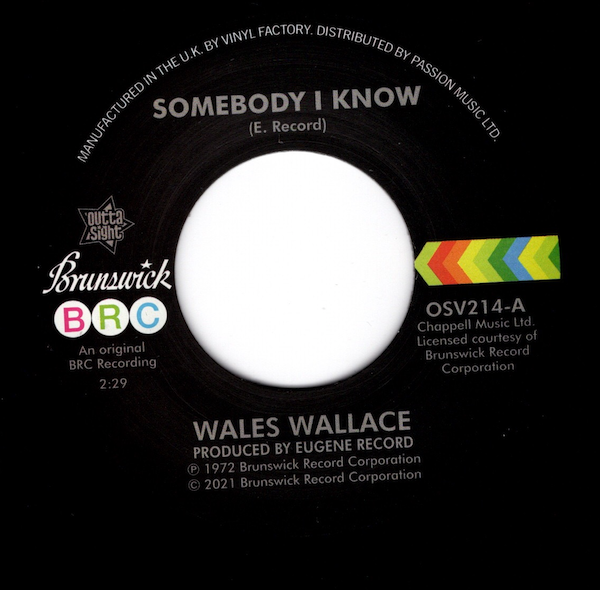 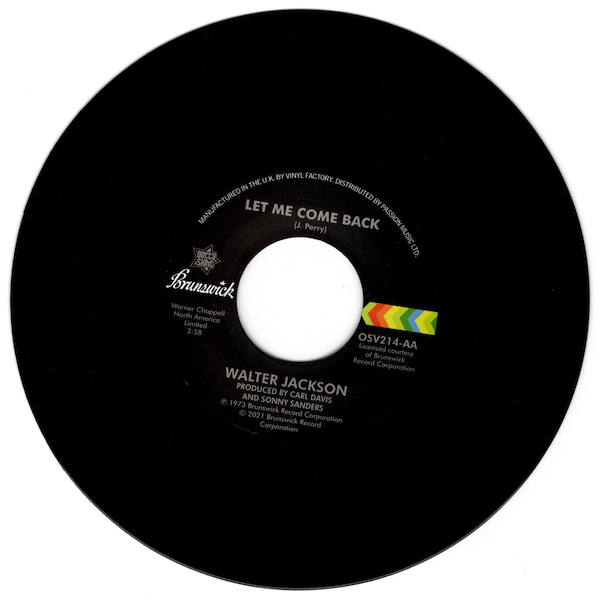 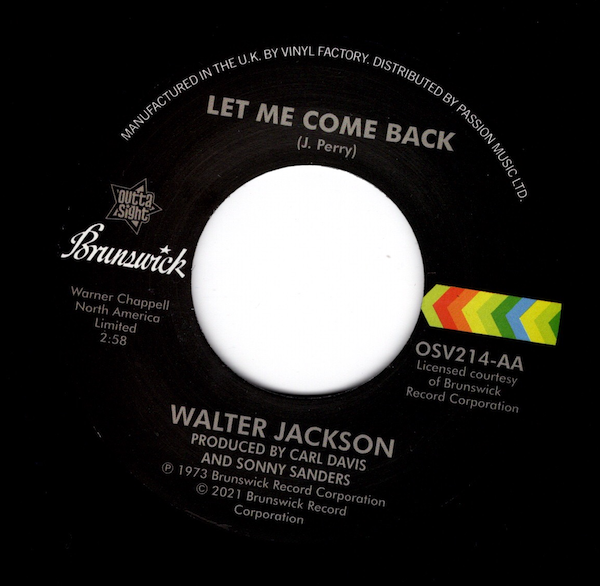 Wales Wallace – Somebody I Know

Walter Jackson – Let Me Come Back

WALES WALLACE – was riding high in the Billboard Hot 100, as part of the Chicago group The Steelers, when he signed to Brunswick Records in 1969. The group had hit with “Get It From The Bottom” but Wallace fancied a solo career. He recorded three discs for Brunswick subsidiary’s Bashie, Dakar and in 1972 he launched the BRC label with “Somebody I Know”. This fabulous slice of Chicago crossover soul was produced by Eugene Record and has soared in demand in recent years.

WALTER JACKSON – signed to Columbia in 1962 and released a slue of records, initially on the parent label, and then its subsidiaries Okeh and Epic including “Where Have All The Flowers Gone” and the awesome “It’s An Uphill Climb To The Bottom”. After label hops to Cotillion, USA and Wand, Jackson found himself at Brunswick in 1973 where, later that year, he released the amazing “Let Me Come Back”. This rare, crossover-delight, was written by the legendary Jeff Perry and produced by Carl Davis and Sonny Sanders, add to that Walter’s supreme vocals and you have one of the finest Chicago mid-temo recordings of the early Seventies.