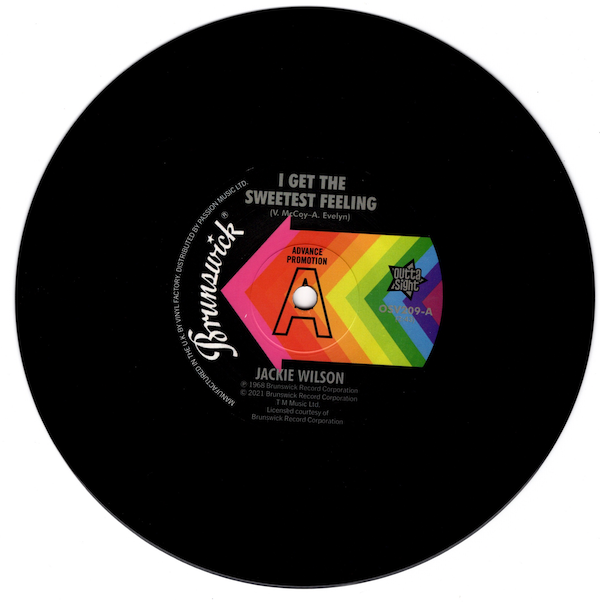 Jackie Wilson – I Get The Sweetest Feeling

Jackie Wilson – It Only Happens When I Look At You

JACKIE WILSON – aka “Mister Hitmaker” – scored Brunswick Records 50 chart singles during his 20 year solo career. “I Get The Sweetest Feeling” is both one of his best known and most loved recordings, originally taken from his 1968 album of the same name. Coupled with “Nothing But Blue Skies” it only managed to reach #34 on the Billboard Hot 100 at the time of release and a more respectable #9 in the UK some four years later in 1972. Ironically it was your very own Passion Music who achieved the most success with the song just missing the top spot, stalling at #3, in 1987. It was also Passion Music that gave Jackie, posthumously, his only #1 pop hit with a reissue of “Reet Petite” in 1986.

“IT ONLY HAPPENS WHEN I LOOK AT YOU” is the perfect feel-good floorfiller from the perfect soul vocalist. The song was originally recorded by Aretha Franklin in 1975 for her Atlantic album ‘You’, but it is Jackie’s more upbeat version that captured the Northern Soul hearts. It was released on UK Brunswick in 1977 and was to be Jackie’s final 45. It eluded a US release and appears here – for the very first time – on the official American Brunswick label design.