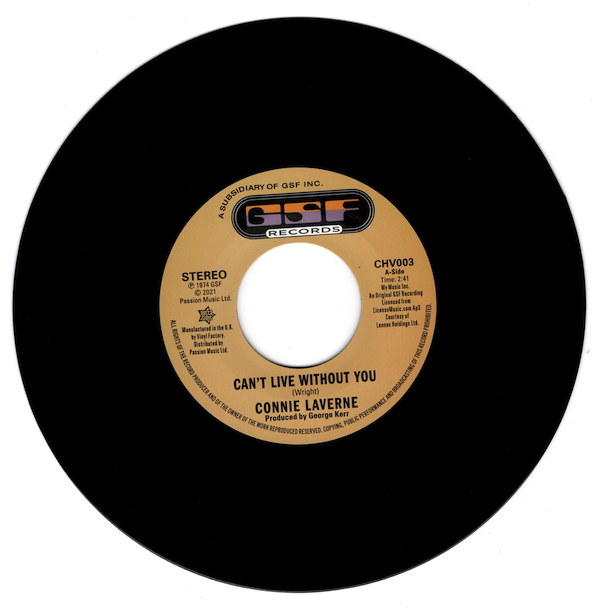 Connie Laverne – Can’t Live Without You

Anderson Brothers – I Can See Him Loving You

CONNIE LAVERNE, unknown New York singer, recorded her only 45 for GSF Productions Inc. circa 1974. It was produced by the legendary George Kerr and arranged by Bert Keyes during the dying days of the label and evaded a full release. Sadly, the company had closed it’s doors shortly after the radio station promos had been pressed!

THE ANDERSON BROTHERS, Dennis and Robert, hail from New Jersey and, as per Connie Laverne, recorded only one ‘promo’ 45 for the failing GSF. It remains the most valuable and sought-after record on the label.