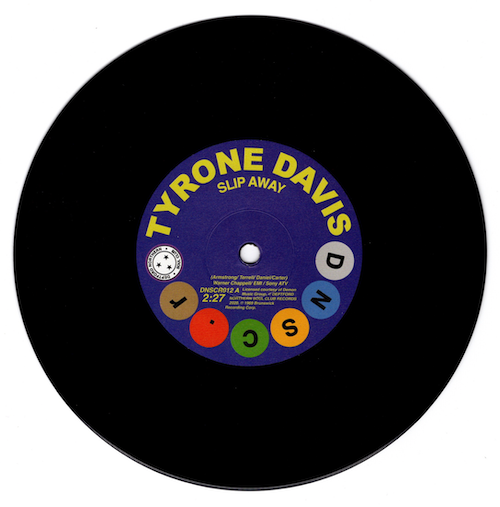 Gene Chandler – There Was A Time

Two great Brunswick sides on one disc from two of the greatest soul vocalists.

The A side features Tyrone Davis’ version of Clarence Carter’s ‘Slip Away’ from his essential ‘Can I Change My mind’ album, which has never previously been available as a single. A mid-tempo toe tapper with a mid-section brass build that’s underpinned by a funky groove.

The flipside cranks up the action with Gene Chandler’s riotous take on James Brown’s anthem ‘There Was A Time’, worth the entry for the horn stabs alone, it’s an expressive slice of sharp-edged driving funk.