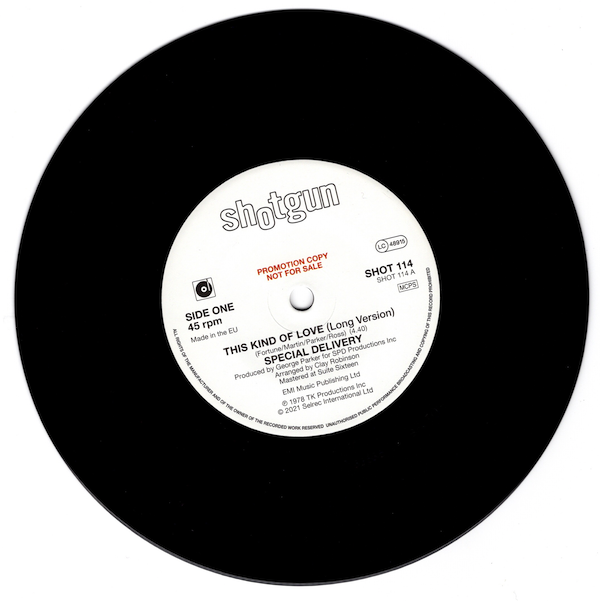 Special Delivery – I’ve Got To Be Free

The Long Version of club soul favourite ‘This Kind Of Love’ by Special Delivery.

Special Delivery evolved from Act 1 who recorded for Spring Records from 1973 under the direction of group member Raeford Gerald, a prolific writer-producer. Terry Huff became lead singer in 1975 and they joined Mainstream Records where their records were credited to variations of ‘Terry Huff & Special Delivery’.

Their third Shield single, issued in 1978, was an edit of ‘This Kind Of Love’ which, sadly, cut out the album version’s spoken section by Chester Fortune and Veronica Martin. It wasn’t released in the UK where the song became a minor 1985 pop hit for Phil Fearson & Galaxy.