Your Account
View basket “Two Plus Two – I’m Sure / Look Around 45 (Outta Sight) 7″ Vinyl” has been added to your basket. 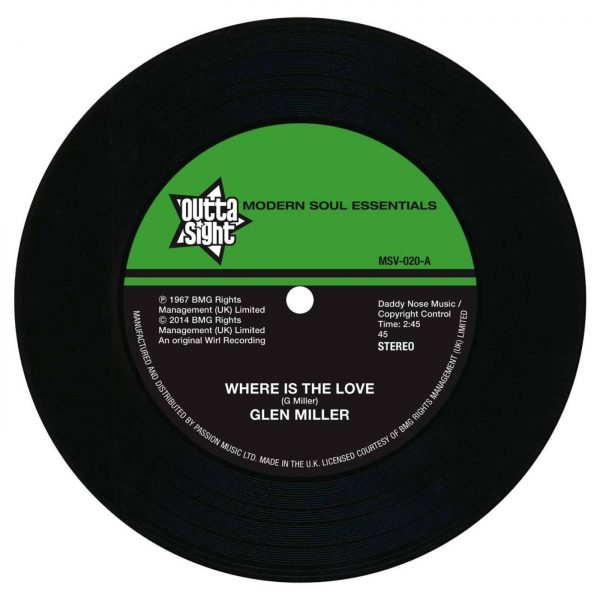 Glen Miller – Where Is The Love / Funky Broadway 7″ (Outta Sight)

Glen Miller – Where Is The Love

A 2-step classic, “Where Is The Love”, courtesy of the little known Glen Miller. It was recorded in Jamaica by the WIRL company (West Indian Record Label) and released in 1967 on Graeme Goodall’s UK Doctor Bird label. Goodall had previously co-founded Island Records and his own Pyramid label scoring a No.1 with Desmond Dekker’s “Israelites”. Goodall released some 200 records on Doctor Bird but it is Miller’s sublime cut that remains the label’s most sought after and valuable 45. Another Mod/Soul fave by Miller is “Rock Steady Party” which finds the ska man talking over Booker T’s “Hip Hug-Her”. We’ve gone for the original B side, “Funky Broadway”, a heavy cover of Dyke & The Blazers funk classic.