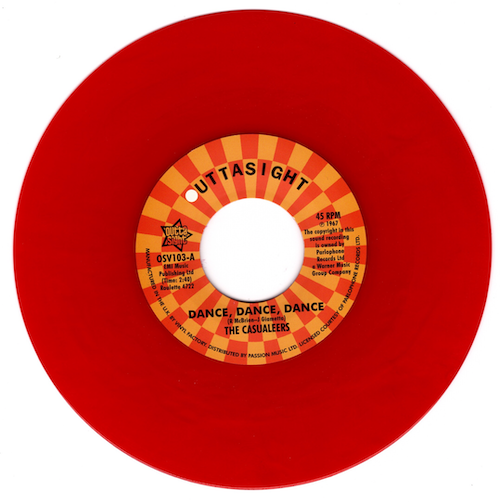 Outta Sight are celebrating 10 years, and with that anniversary celebration comes the release of their top selling Northern Soul 45s released on bright red vinyl. Limited quantity pressing of only 150 each.

A Casino classic The Casualeers’ “Dance, Dance, Dance”. Their only release on Roulette that sank without trace in 1966 only to be propelled into the hearts and souls of the youth of Britain when it was re-released on Pye Disco Demand almost a decade later. Paired with Chuck Wood’s (aka J R Bailey) Torch classic “Seven Days Too Long”.